5GHz Wi-Fi band offers you a much faster internet speed. However, even with lightning-fast top speeds of your 5GHz Wi-Fi connection nearby, you might still have a slower connection than on a 2.4GHz band. This is because of the lack of range in a 5GHz band.

5GHz Wi-Fi was designed to give faster bandwidth rates but it has a shorter range and loses signal strength while traveling through solid concrete walls. As a result, you may suffer poor internet speed.

Nevertheless, if you want to have more control over your Wi-Fi connection, I will discuss the actions you may take to increase internet speed and get the best possible connection.

5GHz Wi-Fi was intended to deliver higher bandwidth speeds, but it loses signal strength more while traveling through stationary surfaces and possesses a shorter range.

Based on your router’s position and surroundings, you may find that switching to the 2.4GHz frequency provides a quicker, more consistent connection in a longer range. But if you are nearby the router, you will have a much better speed from a 5GHz Wi-Fi band.

5GHz vs 2.4GHz: The Key Differences

The 2.4GHz Wi-Fi band provides a large coverage area and is more effective at traveling through solid objects, with a useful speed of 50 to 70Mbps. However, it has a limited data range. It is also particularly susceptible to nosiness and disruption.

On the other hand, the 5GHz frequency provides the user with a greater data speed with little interference. Contrary to this advantage, it has a limited range and is not effective at penetrating concrete walls.

How To Improve 5GHz Wi-Fi Signal?

If your 5GHz Wi-Fi speed is slower than planned, you may make a few adjustments to increase them. These steps are:

The position of the router is important. 5GHz Wi-Fi is quicker but has a very limited range. Based on your router, this range might be as low as 10-15 meters. Physical obstacles can also cut the range of a signal by about 25%. So, your router shouldn’t be behind concrete walls, metal beams, or on a different floor.

The best place for the router is in the middle of the house, on a desk away from anything that sends out radio waves, like phones and microwaves.

There are 24 different channels in 5GHz Wi-Fi.  From 5GHz to 5.83GHz, each channel stands for a distinct frequency. During using 5GHz, it’s best to use a channel width of at least 40MHz.

Most of the time, lower frequency signals work better for devices that are farther away, and the opposite is also true. There is a bunch of free software that can help find different channels on your router.

Wi-Fi “dead spots” are usually caused by being too far from the Wi-Fi connection, having thick concrete or metal walls, or having other devices that are connected to the network interfere with the signal. A Wi-Fi range extender is an easy way to solve this problem.

If you have enough budget, you can go for a Mesh router. Mesh routers can be used to get rid of dead spots. It has more than one access point, so Wi-Fi signals aren’t sent out from just one place.

Your internet provider has always been updating the software on its devices to get better internet speed. If you’re not sure, just look up how to check if the firmware on your router is updated. Make sure you update your router’s firmware regularly.

In the 21st century, there is no justification for poor Wi-Fi connectivity. There are several other ways to increase router speed.

If you are a user who needs better speed in a short range, go for a 5GHz band. You can use Wi-Fi extenders to boost your range. Follow the 4 steps mentioned in the article to get a stable connection.

Is 5GHz Better for streaming than 2.4GHz?

As streaming is a high-bandwidth activity, it is particularly more suitable with 5GHz than 2.4GHz.

Not necessarily. 5GHz frequency will provide faster speed in short range. On the other hand, 2.4GHz travels longer with a slower speed.

How far does 5GHz reach in a house? 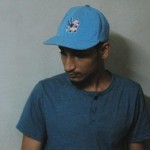